I write fantasy and space opera (a sub-genre of science fiction), and whatever else strikes my fancy, but when it comes to editing, I’m the curmudgeonly sort. (Just sayin’.)

The Lost Sword (a terribly unimaginative title, but apt nonetheless) is an epic fantasy duology including Dragon’s Rook (2015) and Dragon’s Bane (2016?), and it just might be bookended by a sequel and a prequel, but there are many other stories I long to tell. 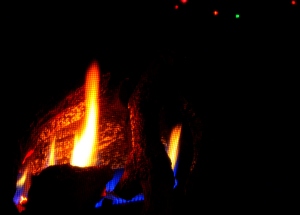 Thieves’ Honor is a space opera serial that first saw life as a NaNoWriMo novel back in 2007, then became a regular series for Ray Gun Revival. When the magazine went into hiatus in 2012, Thieves’ Honor wasn’t yet complete, so I returned to the beginning, made edits and additions, and am posting the SF series here, a couple thousand words at a time.

A short story prequel to the series was recently published in Raygun Chronicles, a space opera anthology available at Amazon, Barnes & Noble, and elsewhere.

In addition to adding new episodes, I’ll be addressing the writing craft, engaging in the occasional editorial rant, and rambling about life in general.

So, come close to the fire, my friends, and listen to my tale.